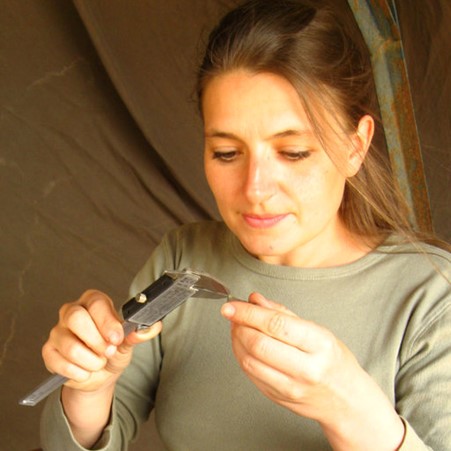 In 1922, as Egypt became an independent nation, the tomb of the young king Tutankhamun was discovered at Luxor, the first known intact royal burial from ancient Egypt. The excavation of the small but crowded tomb by Howard Carter and his team generated enormous media interest and was famously photographed by Harry Burton (1879– 1940) from the Metropolitan Museum of Art, New York. These photographs became part of an archive created by the excavators, along with letters, plans, drawings and diaries. When Carter died in 1939, he bequeathed most of his estate, including these archaeological records, to his niece Phyllis Walker (1897–1977), who, on the advice of the Egyptologists Alan H. Gardiner (1879–1963) and Percy E. Newberry (1869–1949), presented the documentation with associated copyright to the Griffith Institute, University of Oxford, in 1945.

To celebrate the 100th anniversary of the discovery of the tomb of Tutankhamun in November 1922, the Griffith Institute is working with Bodleian Libraries on an exhibition of the archive to be displayed at the ‘Treasury’ gallery in the Weston Library (13 April 2022 – 05 February 2023). It will show a selection of these historic images and records, presenting a vivid and first-hand account of the discovery, of the spectacular variety of the king’s burial goods and of the remarkable work that went into documenting and conserving the more than 5000 objects over a period of ten years.

Daniela Rosenow studied Egyptology and Classical Archaeology at the Humboldt University Berlin where she also obtained her doctorate on Late Period sacred architecture. Over the last 20 years, she has taken part in excavation projects in Egypt and was also trained in the application of Archaeological Science during a postdoctoral Marie Curie fellowship at UCL’s Institute of Archaeology, where she specialised on the study of Roman, Late Antique and Early Islamic glass from Egypt and Sudan. Having spent extended periods of research within museum collections in the UK and USA, she worked as the project curator for the British Museum’s exhibition Sunken Cities. Egypt’s Lost Worlds. Between 2017 and 2020 Daniela directed the German Archaeological Institute’s excavation project at Dahshur. In February 2021 Daniela joined the Griffith Institute, University of Oxford, where she is responsible for the curation of the upcoming exhibition “Tutankhamun – Excavating the Archive“ (Weston Library, 14.04.2022 – 05.02.2023). The exhibition celebrates the 100th anniversary of the discovery of the tomb of Tutankhamun and based on Howard Carter’s excavation records.

An ancient Egyptian painting is so detailed, researchers can determine which species of birds were featured in it.
View on Facebook
· Share